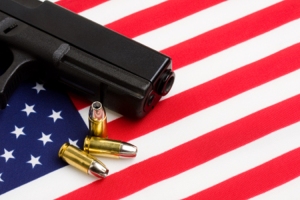 My father is a fervent Republican. My mother was a Democrat. Once saw him put his fist through the solid maple cabinet an inch from my mother’s head because her vote was going to cancel his in the second Regan election. Though he never hit her, connected anyway, he often shouted, slammed things, threw things, at me, even, when he encountered resistance (reason) when espousing his conservative views.

My father doesn’t believe Global Warming is real, or caused by us in any way (absolving himself of conserving resources).

My father believes all non-believers, atheists and agnostics are dangerous fools—to be converted.

My father distrusts all Muslims.

My father believes in trickle down economics, (though it’s been proven again and again not to work).

My father doesn’t believe in gun control. “If they come for me, like they did our ancestors in Germany, I’ll stop them at the door.” He quotes the NRA with fervor! “Take away what kind of guns we get to own, and you chip away at the foundation of the 2nd Amendment.”

I remind him he can’t stop a tank with an AK-47. I implore him to examine history, and context—that the right to bear arms our forefathers were talking about were pistols and shotguns that took three minutes to load and didn’t fire straight or would blow up in your face. Automatic assault weapons were neither considered, nor anticipated when the 2nd Amendment was written.

He scoffs. As his daughter, and a women, I am clueless.

Not only by what happened at Sandy Hook Elementary, but everywhere else, every time an assault weapon is uses against our own because the NRA wants to keep making money. And our government, ostensibly “by the people, for the people,” is paid-off to let them. At least, one very specific part of our congress, and five members of our Supreme Court: the Republicans.

Grew up on the Valley side of the Hollywood Hills, and went to school with writers, producers, directors kids, all fairly to extremely liberal. My father was the outlier in our neighborhood, and among my parents colleagues and friends. The Great Divide between the Republicans and Democrats, fueled by Regan pushing religion, conservatism, and then ignited by Bush Jr’s administration didn’t exist yet. My parents lived together in relative peace, except around election times.

We have become a polarized nation, and this serves no one here. Down to the personal level, it has divided me from my family, my siblings, like my father—fervent Republicans. My sister, disgusted we’re raising our kids without religion, decided she’d had enough of my liberal leanings and checked out of our life. My brother forwards emails from his born-again Christian community to everyone he knows that Obama is a Jew-hating Muslim who believes it’s okay to kill babies.

The chasm in our morality, our philosophies is so diametrically opposed at this point, the rare times I talk with my father our dialog turn sours quickly, then invariably moves to contentious. Told him time and again I won’t discuss politics with him, but he insists on little digs, like, “Do you care about your kids,” since I voted for Obama. He has not spoken with my children in five years or more, acknowledged them in any way, not birthdays, no calls, ever, and virtually never inquires about them when I call him, which I do because he doesn’t call me.

Truth is, it’s getting harder and harder to call him. Almost a decade after my mom’s death, my dad is now in an elder care facility two states away, on the bottom floor of a three story building where the first floor is elderly who are…capable. Second floor is the dementia ward. Third floor is check out. Forever…