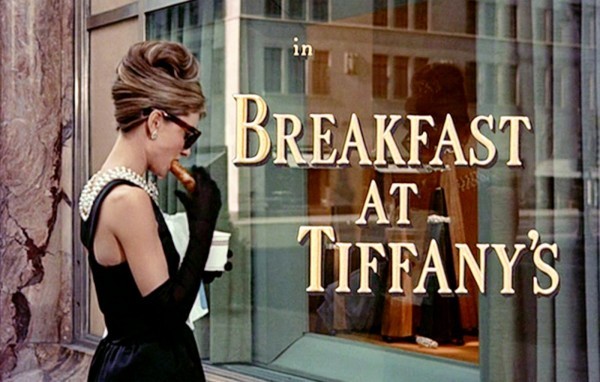 Ever had a blind date?

I’ve always had a…complicated relationship with food. I grew up in the 70s and 80s, when heroin addict thin was trending chic. My mother’s favorite actress was Audrey Hepburn, because she was, “So beautiful and thin!” The perfect woman when I was a kid had a 36” chest, a 24” waist, and a 34” hips. A 24” waist is a size 2, in women’s clothing. How many women do you know who wear a size 2? Not me!

As a writer, food plays a huge role in every story I weave. Often, as in my novel memoir, DISCONNECTED, it’s a main character. Rachel sought what most women did—to be successful, married and in love, have healthy kids. It was hard enough attracting a man when she wasn’t heroin thin like most Hollywood women. But in the 1990s, finding a man wanting an equal partner instead of an arm piece, a woman beside him instead of behind him, seemed the impossible dream.

Then along came Lee…

And Lee was an overweight, weed addicted gambler, who devoured food like he did most of life. Modeling Rachel’s father, Lee ate every meal as if it were his first, and last. He took her to great new restaurants, and late night cafes where they got intimate over fritters and pies. Flattered by his interest, and enamored with his charm and wit, she indulged with him. But Rachel was always fighting her weight, mindful of every calorie she ate. And it didn’t take long for her to figure out they’d be a train wreck together. But by the time she did, she was in love with him.

In every novel or short story I write, food is described intimately for the reader to partake in the eating experience. Readers smell each dish placed in front of the characters; feel the heat, or cold on their lips and tongue; then savor munching chewy, crunchy, or smooth blends of flavors and seasonings.

Consuming food is probably our most communal activity. Meals are often shared, as are treats like ice cream, and popcorn. And holidays are all about eating together. I write character driven stories. And sharing a meal is a great stage for revealing intimate details about the people at the table.

The first year of my marriage didn’t go according to plan. The creative, smart, strong man I thought I married appeared as the jobless brat who refused to take on consulting while he toyed with his latest algorithm instead of engaging with me.

I’d waited 36 years to marry, ten years behind most everyone I knew. I’d waited to find a best friend to share life with. I had this idea of the man I wanted to be with since childhood. He’d be smart. Very smart. Massively creative, anything less would bore me. Financially stable, able to support a family with his skill set. And fun, of course, loved exploring new places. Cute was a must. I had to be physically attracted.

My husband had all these things and more, even after we married. And similar goals of having a family remained intact, but something changed between us. The best friend I wanted became the burden I carried the poorer we got. I couldn’t support us both on my salary alone. Ten months into our marriage we’d gone through most of my life savings. He had none, used the last of his for our honeymoon.

Working tirelessly at developing technology for profit, my dear husband’s response to going broke was making his already complex software even more complex. Marketing was a mystery and easily avoided by immerging himself in his muse. He seemed more intimate with his computer than with me. Many a night I had to please myself while he was downstairs making it with his 64-bit Alpha, coding.

There were many good days, long drives and hikes along the Pacific coastline, filled with conversation that flowed from one topic to another in a smooth, endless dialog. Those days bonded us, reminded me why we married, how much I enjoyed his mind, his perspectives, his passion. But things got harsher and more contentious. Eleven and a half months into marital bliss I lost our first baby in utero eight weeks into the pregnancy. And my husband engaged with his muse while I morned alone.

Time and again that first year of our marriage, I’m sure I wasn’t the only one that considered divorce. Yet, he arranged to celebrate our first anniversary with a second wedding ceremony, in an empty courtroom in front of a judge who reiterated the vows which we repeated. Our first wedding was with a large crowd of family and friends and I’d always wanted an intimate affair.

The commitment was between me and my husband after all, not extended family. I was really that naive.

A chasm was growing between us. I’m sure he felt it too. He was just better at ignoring it, and me, which personally, I found infuriating. And I was so very lonely, and when prodded, my husband admitted he was too. We were stuck in a downward spiral which I couldn’t live with, in a relationship I didn’t want to abandon, but ultimately fear of missing my childbearing years starting from square one dating again compelled me to stick with my marriage.

I narrowed the root of our discord down to three possible scenarios:

It was improbable I’d married a psychopath. My husband was guilty of distance, but never violence. Indifference was impossible to work with. Trying to motivate people to care—that don’t, was a fool’s play. So I went with the third possibility. He didn’t know what was wrong between us, or how to fix it, so he froze, paralyzed by uncertainty.

My husband is a mathematician. Like the metal doors and iron bars that slammed shut behind Maxwell Smart as he walked down the hall to Control, my dear husband’s brain shut out chaos. He craved order, created it in tidy mathematical models with strict parameters. Feelings were messy, but exploring them was downright unnerving for him.

My dad once told me the difference between men and women lies in our nature. Men are self-oriented, internal. Women are maternal. Producing life grounds us outside ourselves. Therefore it is the woman’s role to coax the man outside himself, bring him to her—even their children.

It was my job to figure out a method, a series of clearly defined, linear steps we were both beholden to take that would make our marriage work. I felt certain once a path was apparent my husband would gladly take it with me, if for no other reason then to end the perpetual arguing. And though it took me several months, I eventually came up with an equation, and presented it on our vacation, because timing is everything.

We were climbing on the gigantic slabs of granite rocks and exploring the spectacular rugged shoreline of Acadia National Park in Maine. Humbled by the grandeur all around us, we connected in the shared moment. That’s when I unveiled my latest plan to improve our interaction.

First define the goal, I explained. The proceeding steps are the methodology to achieve it. To effectively manage discord we first must acknowledge we were not competing, we’re on the same side trying to work together to solve the issue at hand. Next, if I knew he considered my needs and desires before his own, and he knew I was looking out for him before myself, we could build a foundation of trust knowing we’d be there for each other. Finally, meeting close to the middle was mandatory. At least, understanding must be achieved before archiving an issue. At best, both parties get most of what they want. And as a sidebar—giving in didn’t mean losing. Concessions were more easily accessed by referring to step one.

My husband paced me across the granite slabs but with much more grace as we climbed the rocky shoreline. His slender form moved easily across the rock. He scrambled ahead to help me with a vertical climb, then reached down to give me a hand up. A moment later we stood on cliff’s edge overlooking the Atlantic. “Other than I think you’re hot, I married you because I knew you were smart. Anything less would have bored me.” He smiled at me then stared out at the ocean, big waves striking the shoreline sending plumes of mist around us.

We walked and talked and climbed for the next five hours, breaking down each of the four steps with specific case scenarios. After analyzing and massaging the data the rest of the weekend, and each step passing QA of course, it was agreed upon to give them a go.

For our summer vacation this year we took the kids to Acadia in Maine to share with them the park’s pristine beauty. My husband spoke of our earlier adventures there, and told the kids about our long talk. He quoted the four steps in order and explained why each was important, then pointed out how applying them to most interactions strengthened communication and improved relations. A big wave sprayed us all, and as we laughed with the mist twinkling around us I spied my husband staring out at the sea and flashed on our moment there so long ago, what he’d said, and smiled.

We will be celebrating our 15th anniversary this coming spring. And though it isn’t always bliss, our marriage has been a lot less rocky since we adopted the four steps on that Maine shoreline all those years ago.

“Driven, like the Hollywood fwy at midnight–fast, engaging and peppered with many poignant insights.” 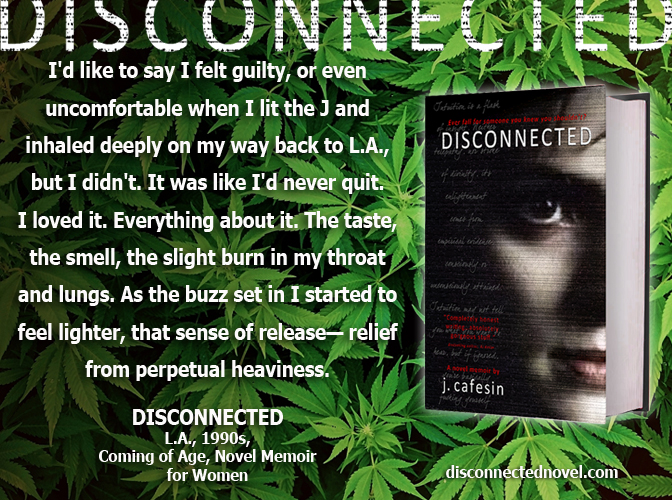 WOMEN, are you cooking Thanksgiving tonight, while the men watch football? Are you doing the dishes, and serving dessert, while the men sit around talking? #WOMEN, HOW FAR HAVE WE COME? #LeanIn and relive #Thanksgiving, with typical American family, in the 1990s L.A. #Memoir DISCONNECTED: http://amazon.com/dp/B00LNMXZQU

Even though he doesn’t want to be.

“Transports reader into depths of James’ struggle, then pulls U back 2 the light. Bravo! #aga3 http://ow.ly/N2qDQ 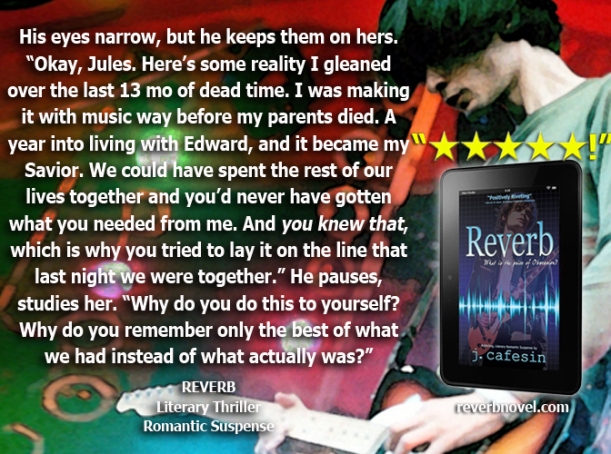 “Nothing short of a #miracle. I was truly swept away by #intoxicating story.” @beachboundbooks #review of #rockstarromance REVERB. #5stars! http://www.beachboundbooks.com/blogging-about-books/reverb-by-j-cafesin-book-review 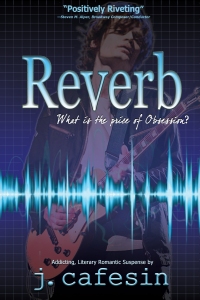