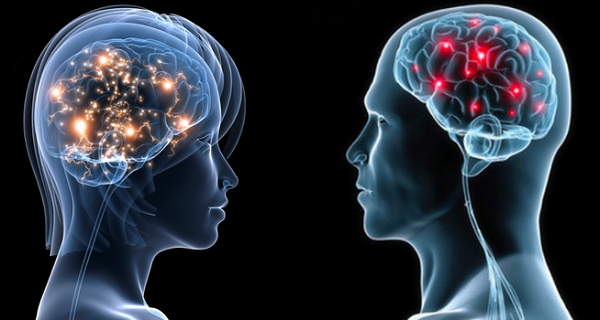 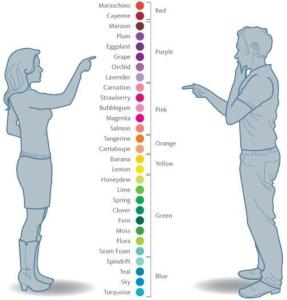 I’m a guy’s girl, meaning I’ve spent most of my life hanging out with men instead of women. Like the freight train comin at ya, I prefer men’s straightforward nature, their directness, their unwavering, solution-oriented trajectory. Men are simpler than women. Not less intelligent, just not round-about, underneath, from behind.

Women, by contrast, are the poison in your food. Eons of subjugation have forced us to become puppet-masters to get what we want. Not a judgment call, simply a fact that until very recently might was right, and men assumed they controlled the household with superior strength—at first to kill the mastodon and be the provider of food, and in the modern world, until recently, be the supplier of money. Back as late as the 1990s, women were still, and believe it or not still are, the primary homemakers, caring for the kids, shopping for and preparing the meals…etc. In fact, 99% of all household product commercials still show the women cleaning up, even when the men create the mess.

Notice I said, “men assumed they controlled the household.” Well, you know what happens when you ass (of) u (and) me…; -}

Seriously though, probably pretty early on, like cavemen times, women figured out how to get men to do what we want using our wiles—wits. Genetic transfer of memory over thousands of generations of women passing on how to be manipulative eventually became woven into our DNA and imprinted on our XX chromosomes.

Regardless of why women became…complex, the fact that we are scares me about us. Women don’t only manipulate men. Quite often our children, sometimes even our friends. I’d much rather face a freight train because if I’m paying attention I can get off the tracks before getting slammed. This also plays to why I’m a guy’s girl, why most of my friends have been men.

I knew I wanted kids for as long as I can remember. Two boys, I’d told any possible stakeholders, because boys are easier to raise. I now have two kids—a boy, 19, and a 16 year old girl, both of whom I’m madly in love with. Beyond proud, I’m humbled to know them. True to their ‘nature,’ my son is very direct with his feelings, practically the instant he feels something. He rarely lies, probably because he sucks at it, his facial expressions to the pause in his delivery clear indicators he’s not telling the truth or copping to. He’s a consummate whiner, but he respects the family rules and parental restrictions. My son is trustable, for which I’m eternally grateful.

My daughter, on the other hand, listens carefully, expresses just the right amount of contrition and understanding with every lecture, then does whatever she wants, whenever she wants, if she can get away with it. Went to kiss her goodnight a few nights ago and she was underneath her blanket watching Manga videos on her cellphone. She’d been viewing nightly since we took away her Kindle two weeks ago for watching videos on it instead of reading. Reading is all she’s allowed to do on the tablet, per our agreement when she got it for her birthday. (Is it too much to expect a 16½ year old to honor such an agreement when she gets plenty of electronics time on the weekends?)

While my son barely notices his reflection, my daughter spends hours in front of the mirror, preening. For eons a huge part of a woman’s value was/is defined by our physicality, so it’s natural, part of our nature now that our looks are important to us, or at the very least, more important to us than most men. My son likes violent movies. My daughter does not. She is deeply affected when families split up, or a parent or child dies in films, and even in books. Maternal instincts—reproducing and then caring for our offspring—is genetically encoded in our DNA. In fact, her reaction is not uncommon for most women.

Violent movies and video games are targeted at men because they are by far the predominant audience to engage with them.

Times truly are changing, though. Want part of a mastodon, a small ice-age relic? Buy one on Amazon. Most educated women who pursue a career path can pay their own way through life now, even if we still typically make less than men. Most of us don’t need a man’s support to survive, or even thrive. Technology, from the Pill to the personal computer has made it possible for women to control our own destinies, and function equally along side men in today’s business environments.

Sociological shifts in behavior are glacial, and true sexual equality is probably still a few generations in coming. Perhaps our great-grandchildren will share equal incomes, and split the household tasks of rearing the children to doing the dishes equitably as well.

From the dawn of man to present day the divide in humanity is not our race, religious orientation, education or income level. Our greatest division has been between men and women. I’m humbled to bear witness to a quantum shift in our evolution, that, for first time in our history, technology is providing us the ability to become an egalitarian race, and close this great divide. 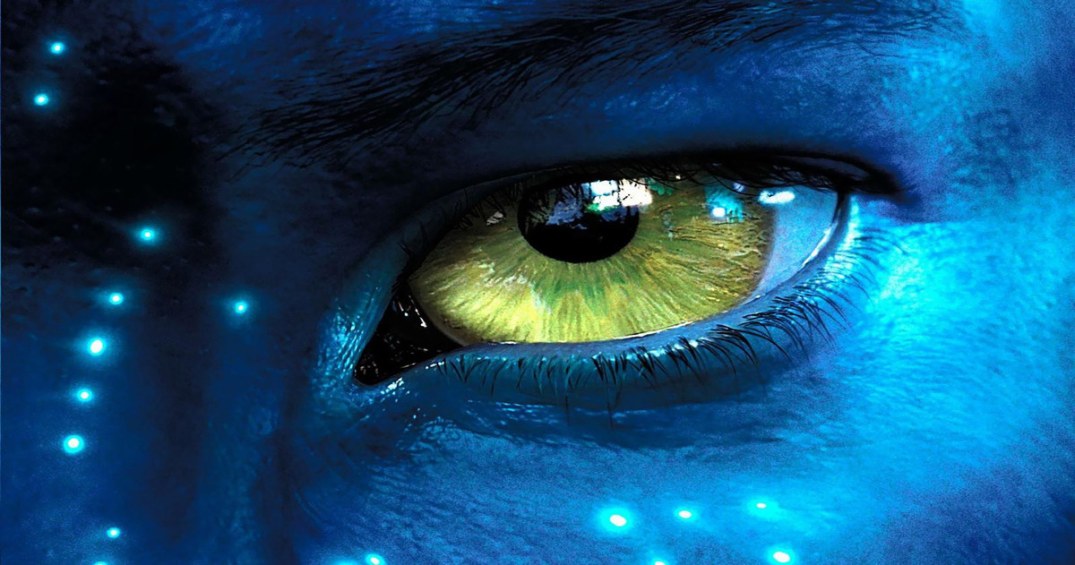 A friend emailed me freaking out that she saw the married CEO of her well-known startup sucking face with an employee in the stairwell. She has a right to be upset. The CEO is putting the company, its pre-IPO stock value, and its almost 300 employees at risk by displaying his extra-marital affair publicly. His sloppy behavior can not only get him fired, but eventually lead to the demise of the company with scandalous press chasing away customers and business associations alike. And, of course, there are his two kids and a wife at home who will suffer, possibly lifetime scars from his inability to think with his actual brain instead of his little head.

Monica Lewinsky sucked Pres. Clinton’s cock, getting George W. Bush elected, which lead to the 2008 financial meltdown with the Republican’s anti-regulation policies, and left not only millions of people without any retirement, but my father without enough money to care for himself, compelling us to use our little savings to help him. This investment into my father’s care comes out of our kids college funds, and will most likely effect them down the line.

When a butterfly flaps it wings in Central Park, it does NOT cause a typhoon in India. But the Butterfly Effect is very real, and very personal, for all of us.

We all engage in this effect one way or another. Looking at your cellphone instead of driving kills or injures hundreds of thousands of people annually in the U.S. alone. When my DH and I fight, I’m more apt to yell at our kids, causing them to snipe at each other. Continual fighting over time may result in fierce sibling rivalry, and instead of self-confident, productive people, they grow up isolating and angry, learn to self-protect and become CEOs and Presidents who seek physical contact over emotional intimacy to combat their gnawing loneliness.

The Butterfly Effect is an unalterable phenomenon of the human condition, but that doesn’t mean we must be doomed by it. Our ability to perceive the future, and then adapt our behavior in response is uniquely human, dramatically separating us from every other life form on this planet, and one of our greatest strengths.

Had President Clinton been thinking with his brain instead of his penis, or Ms. Lewinsky had stopped to consider the possible ramifications of her boss’s solicitation, perhaps either would have made a better choice. Why do I sight Monica? Those who cheat are culpable for their actions, but those who are party to cheating are equally culpable.

Every day we touch the lives of many others, whether we’re at home, on the internet, at work, or shopping at Target. We effect those around us, our environment locally, even globally with our consumption of resources. Choosing a Prius over an SUV, and the appropriate sexual partners; helping someone in need, not just during the holidays but any day improves all our lives collectively. Be acutely aware of your connection to others, and the cascading Butterfly Effect, and it may just be the lives you touch in your home town today will indeed lead to the cure for cancer from someone on the other side of the world tomorrow.

WHY do U have SEX? 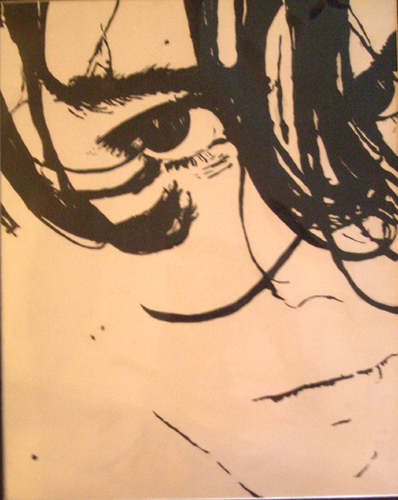 #NewRelease 20 yrs to write, and 20 rewrites to get it right–Disconnected is the evolution of today’s modern women…http://www.amazon.com/dp/B00LNMXZQU# 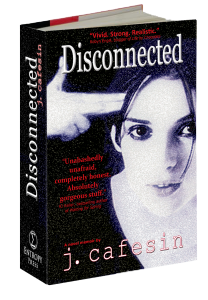 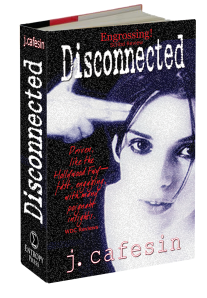 My novel Disconnected releases on June 12th. I’m hoping to get reviews before its release! Happy to send an ebook of the complete manuscript if you’re interested in an engaging, powerful read:

Disconnected reads like a modern Jane Austen—taut, smart, historical lit chronicling the coming of age for the last of the baby boomers with the displacement of classic gender roles at the end of the 20th century. Rachel and Lee’s tumultuous relationship is reflected in the land of perpetual sunshine imploding with rapid growth, racial tension and violence. Disconnected is an L.A. story, an addicting contemporary romance, and like the city itself embodies a very sharp edge.

Ever drank too much, ate too much, indulge in excess?
Drinking, drugs, or obsessed with a person, most all of us have experienced addiction. Journey into the mind and heart of obsession, passion, in this engrossing, edgy, addicting read…